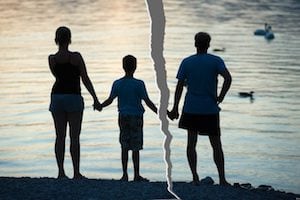 Mediation. By the time the Petition and Answer have been filed, Temporary Orders have been determined, and discovery has been conducted, sufficient time has passed for the spouses to agree on what is fair and settle their case before incurring more expenses in a long, drawn-out court proceeding. One of the most common methods for dispute resolution is mediation. Mediation is a non-binding, confidential process that may be conducted at any time during the divorce proceedings, with the cost paid by the parties. The mediator is a neutral third-party – typically, though not always, a lawyer – who is chosen by the parties or appointed by the court. The mediator meets with the parties and their attorneys to help find common ground solutions that both parties can accept. Because mediation is non-binding, the spouses are not required to reach a resolution or a settlement. But if a written settlement is reached at mediation, then that settlement is usually considered binding. If a settlement is not reached at mediation, the parties can expect to go to trial.

Court-Ordered Parenting Courses. In Texas, many counties require the parties in a divorce with children to take an in-person or online parenting course before the date of divorce. If this parenting course is required, most courts will not allow the parties to move forward with their final divorce hearing until both parties have filed their certificates of course completion with the court. [Note: In some counties, the parenting course requirement is waived if custody of the parties’ children is not contested.]

Final Divorce Hearing. You may set your case for a final hearing any time after the end of the sixty-day “waiting period” (see the third post in this blog series). A final hearing may consist of a jury trial, if requested, or a “bench trial,” which means that the judge acts as the jury. The parties will testify at the final hearing, along with witnesses who will help each spouse prove their case. (For more information about your final hearing, see my post What to Expect When You Go to Court.) At the end of the hearing, the Court will rule on the division of the marital assets and liability, child custody, support, and visitation, and any other issues specific to your case. On the other hand, if the spouses are in complete agreement as to all issues and have reduced that agreement to writing, then the final hearing can be as simple as answering a few questions and having the judge enter the agreement into the Court’s records.

The divorce is considered final when the judge signs and dates the Final Decree of Divorce. Because both parties have thirty days to appeal the judge’s decision, neither spouse may re-marry until that thirty-day period has passed.

Modifying the Final Decree of Divorce. Because the Final Decree of Divorce is a legally binding court order, legal steps must be taken to modify it. Modifications are most commonly requested in matters related to child support, child custody, and possession and/or visitation. To request a change to the Final Decree, the parent requesting the modification must file a Petition to Modify. A material and substantial change in circumstances since the last court order must occur to be able to request a modification. Generally, child support may only be modified every three years, and then, only if the amount of the child support payment would increase or decrease by 20% or $100.00 per month. There are, however, two exceptions to this general rule: (1) the non-custodial parent receiving a significant raise in income, or (2) the child suddenly requires additional support due to illness.

I hope this series has given you a good overview of the divorce process in Texas. Because this has been an overview of the process, your specific marital or family circumstances may involve additional steps that I have not addressed in this series. If you have questions about the process or you need an attorney to represent you in your divorce or modification, contact The Goodman Law Firm today.