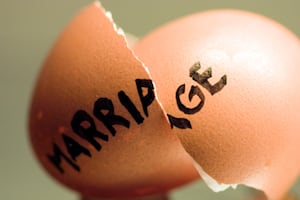 Divorce is both an emotional event and a legal proceeding in Family Law. Divorce affects your relationships, your children, your money, and your property. While failing to protect your rights can have significant, long-term consequences in any legal matter, this is particularly true with a divorce. During the next several blog posts, we will describe – generally – the legal components of the divorce process in Texas, so that you have a better understanding of your rights and how to protect them.

First things first: You have the right to represent yourself in any court proceeding [a person who represents himself or herself in court without a lawyer is a “Pro Se” litigant], including a divorce. However, the process is often complex, and Pro Se parties will be expected to follow the rules and deadlines that attorneys must follow. If at all possible, you should hire an attorney – whether it is my law firm or another law firm – to represent your interests, especially if child custody and support, large amounts of property or debt, or domestic violence, are involved.

Filing the Petition: The spouse who files for divorce is the “Petitioner.” The other spouse is the “Respondent.” After you decide to move forward with a divorce, the first decision to be made is where to file for divorce. Before you can file for divorce in Texas, you and/or your spouse must have lived in Texas for at least six months. The divorce petition must be filed in the county in which either spouse has lived for at least ninety days. (Note: If you are the spouse who has received or been served with the Petition for divorce, I will address how to respond to the Petition in Part 3 of this series of blog posts.)

Allegations in the Petition: Most divorces in Texas are “no-fault.” However, parties sometimes plead grounds like adultery or cruelty to gain a tactical advantage in the divorce, especially when one spouse seeks an unequal division of the community estate (the property acquired during the marriage). Caution should be exercised when pleading specific grounds for divorce. The law permits a court to remove certain types of inflammatory remarks or detailed allegations of marital misconduct from a petition for divorce. Simply put, such matters should not be described in detail in the Petition. For example, to plead the ground of adultery, the Petition should state “Petitioner requests a divorce on the grounds that Respondent has committed multiple acts of adultery.” The Petition should not state “Petitioner requests a divorce from Respondent because Respondent has repeatedly cheated on Petitioner with the next-door neighbor, Jane Smith.” The Petition should also state whether the Petitioner (the party filing the Petition) believes that the parties will reach any agreements on custody or property issues, or alternatively, if an agreement cannot be reached, what the Petitioner wants the court to order.

Look for Part 2 of this blog series as I continue to explain the basic parts of the divorce process in Texas. In the meantime, contact The Goodman Law Firm with questions about your family law situation or other legal matters.