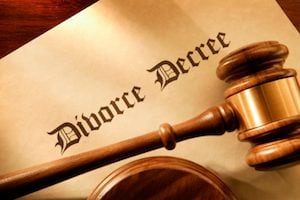 The Answer Deadline a/k/a Should Counting Days Really be this Difficult?

Once the Respondent has been notified of the Petition for Divorce through one of the methods discussed in the previous blog post, the deadline for the Respondent to file an answer is at 10:00 a.m. on the Monday following 20 complete days after the date that the Respondent is served. Sound confusing? It can be. (Only lawyers would make it difficult to count days, right?)

Let’s look at a couple of examples to show how this actually works.

Waiting Period. A Court cannot grant a divorce until after the Petition for divorce has been pending for at least sixty days. This time period begins to run on the date the Petition is filed with the Court. This so-called “waiting period” serves multiple purposes. Sometimes it permits the parties to “cool down” and, perhaps, reconcile. Generally, however, the parties use this time to reach agreements regarding the specifics of their pending divorce. By reaching agreements during the waiting period, the spouses can prevent an outside party (usually a judge) from making decisions regarding their lives, property and relationship with their children.

Temporary Orders. After the Petition for divorce is filed, the Court, acting on its own or on the motion of either party, may conduct an initial hearing and grant “temporary orders.” Temporary Orders set out the “ground rules” for the parties’ conduct during the waiting period (see above) regarding matters like preservation of property, the safety of both parties, and child-related issues, e.g. child support, custody, and visitation.

Temporary Orders usually function like a short-term divorce decree. They are legally binding guidelines for both parties until the Court makes its ruling in the final divorce decree. The Court can decide who will temporarily remain in the marital residence, which spouse will have to move out, and how family expenses and bills will be paid until the divorce is final. This is also the proper time to ask the Court appoint a therapist or parenting coordinator/facilitator. If the right to determine the primary residence of the children or possession of the children is at issue, the Court may order the parties to complete an evaluation with an expert to assist the Court in determining what is in the best interest of the children. This is known as a “social study” or “custody evaluation.”

If either spouse violates the Temporary Orders, they are in contempt and can be ordered to appear in Court. If the spouse who violated the Temporary Orders does not appear for the hearing, the Court can issue a bench warrant and that spouse will be taken into custody. At the contempt hearing, that spouse can be sentenced to jail or have assets taken to satisfy the Court’s orders.

Next week, I will wrap up this series as I touch on the topics of mediation, parenting courses, and finalizing your divorce.

~ The preceding information was adapted from Pro Se Divorce Handbook created as a public service by The Texas Young Lawyers Association and The State Bar of Texas, 2014.